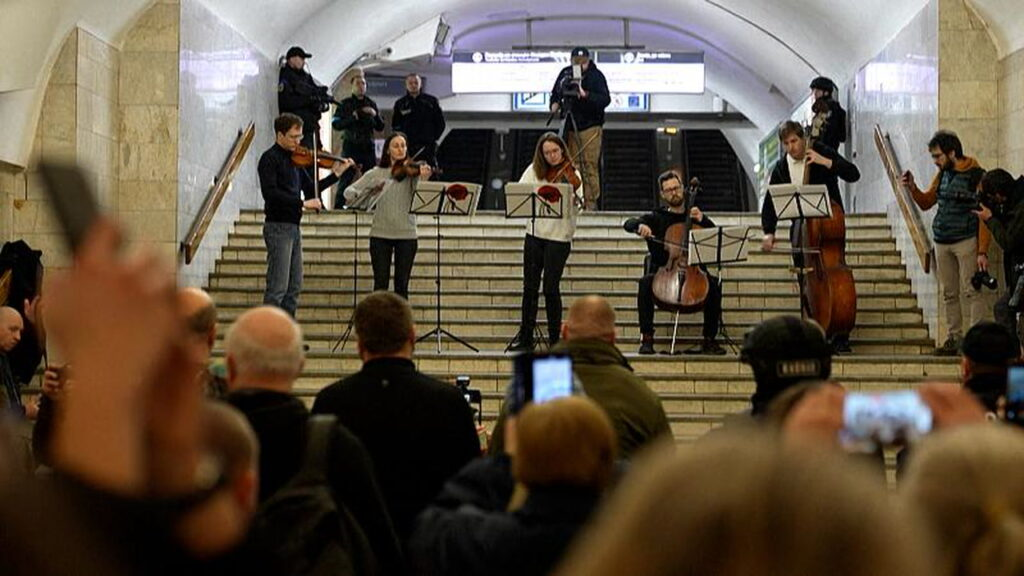 In a Ukrainian city hit hard by Russia’s invasion, five musicians brought their instruments underground - seeking to drown out the thunderous explosions with their violins, cello and bass for those taking shelter in the subway.

The conflict halted plans for the Kharkiv Music Fest, an annual international classical music festival in Ukraine’s second-largest city. So the organisers said they scrambled to improvise amid war - descending into a subway station and the basement of a business, hoping for safety from the assaults overhead.