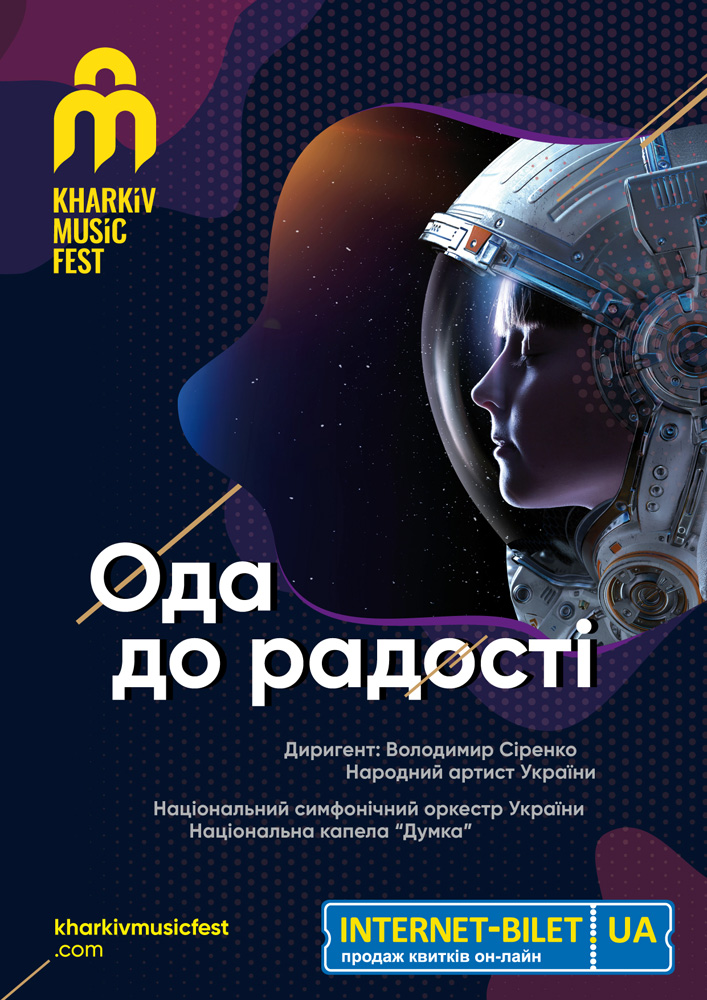 A special ensemble Children’s Festival Orchestra KharkivMusicFest will perform on the 21st of April as part of the festival. This talented group of children aged between 10 to 18 years old are already well-known to Kharkiv’s residents as KMF’s Children’s Symphony Orchestra. They will also be joined by other young distinguished musicians from Ukraine.

The soloist of the evening will be 15-year old pianist Khrystyna Mykhailychenko. Despite her young age, Khrystyna’s touring route has been quite extensive – she gave concerts in New York, World Bank in Washington D.C., in leading venues and music academies, such as Brussels, Paris, Antwerpen, Vienna, Bruges, Istanbul, cities in Germany and the Netherlands, and in halls of National Philharmonics of Ukraine. Her rewards include dozens of victories, top awards and Grand Prix International Competitions (Ukraine, Belgium, the Netherlands). She was thrice included in the Top-10 children according to WoMo – the most outstanding adolescents of the year that gained recognition (2015-17). At the concert, she will perform Piano Concerto No. 23 in A major by Wolfgang Amadeus Mozart. It has been considered his greatest concerto over the course of three centuries, due to a heartfelt, emotional and profound second section of the work.

The first half of the concert will be dedicated to the works of Viennese classical musicians. Apart from Mozart’s Concerto No. 23, Children’s Festival Orchestra will perform Beethoven’s “Coriolan” Overture. The second half will comprise works from the Romantic period, such as Serhii Bortkiewicz – composer from the early 20th century, whose life was tightly intertwined with Kharkiv and Vienna. The concert will include separate movements from his suite “Thousand and One Nights”. Antonin Dvorák “Three Slavonic Dances” will conclude the event.

Vitali Alekseyonok will be conducting the orchestra this evening. As the principal conductor of Munich University’s orchestra and Laureate of MDR Conducting Competition 2018, he conducted the MDR Leipzig Radio Symphony Orchestra, The Deutsches Nationaltheater & Staatskapelle Weimar, Festival Strings Lucerne Orchestra, Philharmonic Orchestras of Karlovy Vary, Jena, Gotha, Hradec Kralove, etc. His upcoming projects include work in Graz Opera, as well as “The Maid of Orleans” production in Theater an der Wien.