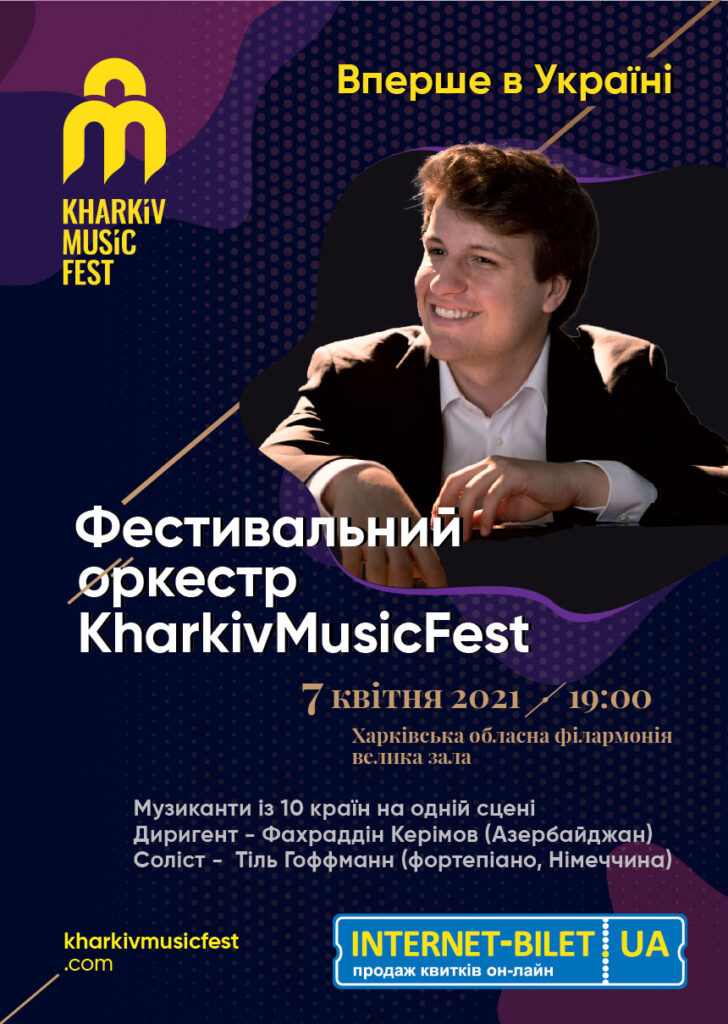 Festival Orchestra is one of the highlights of KharkivMusicFest. Each year it unites a unique group of musicians from leading orchestras and chamber ensembles from Ukraine, as well as other countries. KMF’s Festival Orchestra first assembled back in 2018, rendering it first of its kind in Ukraine.

Programme for the 7th of April will include the following pieces by Beethoven: the renowned Fifth Symphony, Fantasia for Piano, Choir and Orchestra (Choral Fantasy, Op. 80), as well as “Carpathian Concerto” performed by the legendary composer Myroslav Skoryk.

The concert will be supervised by Fakhraddin Kerimov – a conductor, and an Honoured Artist of Azerbaijan. Since 2001 he has worked as a music director and main conductor of the Izmir State Opera and Ballet (Turkey). From 2007 Mr Kerimov became the conductor for The Hajibeyov Azerbaijan State Symphony Orchestra. Apart from Turkey and Azerbaijan, his touring route includes countries, like Germany, the Netherlands, Poland, Belarus, Romania, Japan, etc.